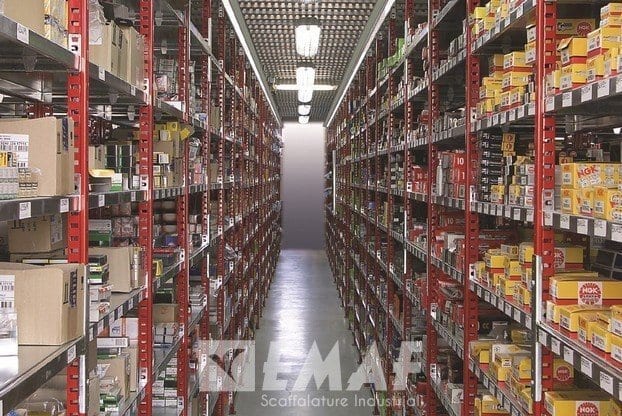 Frequently inspecting the health status of your industrial metal racking is fundamental to guaranteeing safety in the workplace.  It is not enough, however, to identify the damage to guarantee a rapid and total repair, even with the substitution of certain pieces. It is fundamental to understand, for each type of damage, what caused it to prevent that it happens again, with even more serious consequences.

What can damage a racking?

There are many motives to analyze if damage is found on the racking. Among the most common problems attributed to the incorrect use of the fork lift, both mechanical problems and problems with the personnel, sometimes due to the type of training received. Other damage can be caused by the type of pallet that is being used, different from the quality of that which was originally intended for the structure, or by damaged accessories in the load unit. Protruding loads, spaces that are too small or the lack of space in the corridor can hamper the functioning of the installation and even cause accidents, as can insufficient illumination or a poorly maintained pavement. Not to be forgotten are the risks tied to lack of cleanliness in the warehouse, between spilled merchandise and accessories that obstruct the passage.

Type of damage: deflection for overloading or for the non-verticality of the uprights

The law states that all damage must be registered in an inspection statement, to identify which sections of racking must be rendered inaccessible before being repaired.  The damage can be due to overloading: a structure can be considered damaged if the deflection of the beam is permanent or if it is greater than L/200 (L is the length of the bay of the component that supports the load) for pallet racking and light-weight racking, and L/100 for the cantilever.

The deformation can also be in the vertical sense and regards the uprights of the racking. In this case, the loaded non-verticality cannot be higher than 1/200. If the corridors are very tight, or if the racking is connected by an automatic system, this limit is even lower.

This website uses cookies to improve your experience while you navigate through the website. Out of these cookies, the cookies that are categorized as necessary are stored on your browser as they are essential for the working of basic functionalities of the website. We also use third-party cookies that help us analyze and understand how you use this website. These cookies will be stored in your browser only with your consent. You also have the option to opt-out of these cookies. But opting out of some of these cookies may have an effect on your browsing experience.
Necessary Always Enabled
Necessary cookies are absolutely essential for the website to function properly. This category only includes cookies that ensures basic functionalities and security features of the website. These cookies do not store any personal information.
Non-necessary
Any cookies that may not be particularly necessary for the website to function and is used specifically to collect user personal data via analytics, ads, other embedded contents are termed as non-necessary cookies. It is mandatory to procure user consent prior to running these cookies on your website.
SAVE & ACCEPT